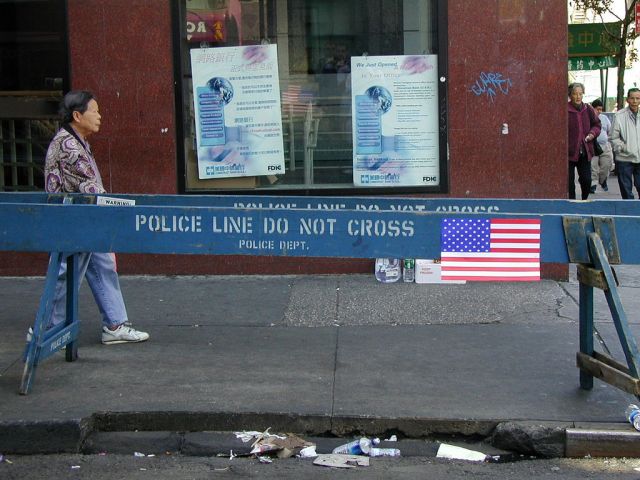 The only difference between a stumbling block, a barrier and a stepping stone is the way you use them, apparently.

There were a lot of stumbling blocks talked about at localgovcamp in Birmingham.  Many such obstacles were were from corporate comms. They were the corporate branded elephant in the room.

Heard the one about the comms team’s response to snow? Instand updates via facebook or Twitter? Nope. Book a half page advert in the local paper?

Oh, how we laughed. As a comms person myself it was more a case of nervous laughter.

I believe strongly that there’s an argument for having a light touch on the tiller from enabling comms people. 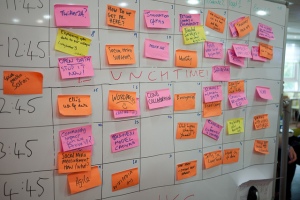 When you put online and offline channels together they can be incredibly powerful. You’re delivering a similar message on the platform people want using the language of the platform.

But then again, if you’re reading this on Facebook or Twitter you already know this even if you haven’t admitted it out loud.

It’s an event that saw more than 100 people giving up their free time on a Saturday to help make their corner of local government bloom a little more. It’s Glastonbury for local government geeks. There was web people, open data people, comms people, hyperlocal bloggers and even an engineer.

Attending the first event at Fazeley Studios two years ago changed the way I think about my job. I’ve heard the same said from others too. It’s been brilliant seeing the light bulbs going on above people attending their first ever localgovcamp.

Two years ago one of the main frustrations was some IT people who were keeping the social web in lockdown. Many, but not all, think progress ended with the Commodore 64. Of course, it goes without saying that the IT people I work with are all hugely helpful and forward thinking.

That battle to use social media seems to have be getting won. Slowly in places but the it’s irreverable. The battle now is with unenlightened comms people and it’s a subject I keep returning to.

For people in a PR job it’s about waking up. For those not in PR it’s about helping wake them up. And yourself and colleagues while you’re at it.

A heap of links…

Whats the role for local government comms and social media?

I’d suggest anyone reads this excellent blog post by Ingrid Koehler of FutureGov which she wrote when she was still with LGiD http://ingridkoehler.com/2011/01/what-role-for-localgov-comms-and-social-media/

How does the social web work in practice?

Social by Social is a NESTA-produced landmark text that shows how the web can be used for a social impact both by government and individuals. http://www.socialbysocial.com/ 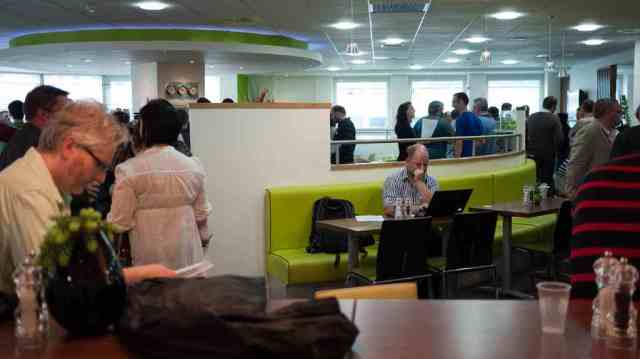 How does the social web work in practice?

When a tornado struck Joplin killing 154 people the state support networks were overwhelmed. A website http://joplintornado.info was launched as a place to log missing people and phone numbers. It evolved into a place for info and help. More than 48,000 people ‘liked’ the Joplin Tornado Info page set up as a http://www.facebook.com/joplintornadoinfo?ref=ts

How can the public sector use social media in an emergency?

In Queensland when floods struck Facebook became the prop people turned to. The talented Ben Proctor has blogged on how they responded here. http://www.benproctor.co.uk/2011/02/five-things-we-can-already-learn-from-queensland-police-use-of-social-media/ You can see the Queensland Police page here: http://www.facebook.com/QueenslandPolice?ref=ts

Can local government do Facebook outside of a crisis?

Stirling Council used a short video as part of their bag it and bin it campaign http://youtu.be/bMoMNK3tX6A But it doesn’t have to be broadcast quality. An apprentice gritter driver made this short film of how he helps treat the roads http://www.youtube.com/watch?v=TClrk-VDthM

Thanks to Ben Proctor for the crisis comms links, Corrine Douglas for Stirling Council YouTube.

Thanks Si Whitehouse, Dave Briggs and others for organising localgovcamp.