Hello Reader… I’d like you do me a quick favour.

Normally, I try and post some ideas, case studies or things that have impressed me about digital communications. If you’ve got something out of them then great. If that’s the case they I’ve a favour to ask.

I’d like you in the words of Deelite to vote, baby, vote. For a local government digital comms manager Carl Haggerty. Would you do that for me? And spread the word with your friends and colleagues?

Who is Carl Haggerty? He’s been nominated for the Guardian Public Services Awards and the Leadership Excellence shortlist. You can see the shortlist here – and vote Carl while you are at it.

Sure, there’s some great people that shortlist. There’s a local authority chief executive, a chief constable, a chief prosecutor and a bloke who is doing great things at the heart of government with digital. Each of these no doubt deserves the accolade of being shortlisted. There should be more good people in the public services.

But I’d still really like you to Vote Carl.

But I’d also like to tell you some reasons why I’d like you to do me that great favour.

Because he’s at the sharp end. Carl is digital communications manager at Devon County Council. It’s probably an unfashionable place to some. But it’s got a great recond in the field. They were the first council in the country to use Twitter. They have a good grasp about what digital skills are and people who are involved with digital are encouraged to blog as part of their learning.

Because they’ve encouraged innovation and learning. They encourage people to learn and share skills through innovative ways. They stage internal events that take a different slant at what they are learning about. Like this event that encouraged people to learn through playing a board game.

Because Carl likes dogs. Look at this picture. What a lovely dog. Another reason to Vote Carl.

@danslee probably not but you’re welcome to use this pic.twitter.com/24E3SeOtT9

Because of localgovdigital. A peer led group set-up with the help of the LGA this is bringing together and sharing good work from across the country. Carl is chair. He’s really good at it and has got a good sense of direction about what needs doing. It’s starting to get stuck into some good work. Our blog is here. (Disclaimer: I’m also a member.)

Because like me Carl has been shaped by the unconference movement. In local government training budgets are largely a thing of the past. As the challenge of digital looms we’ve never been in a worse state financially as we are now. People like Carl are staging events to encourage learning for free. Because they want to. And because in an era of no experts we’re all learning and all contributing.

Because this will make a difference to all the above. It will. Honest. It will bring recognition and allow Carl and people like him to do more of the things that local government needs to do.

Because just imagine what kind of statement we can make. A bloke in Devon who is a leading light in making digital work better in local government who connects people using social media and who builds on them and gives back a heap of things can take down a load of very respected people to win an award.

How cool would that be?

Please do your bit and Vote Carl. 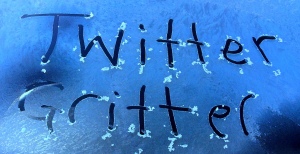 You know you are in trouble when Kenny Dalglish tells you on Twitter your gritting efforts are rubbish.

A couple of years ago that’s what the former Liverpool manager told Liverpool City Council in 140 characters.

Chances are they’d already been out treating the roads but without regular updates nobody would have know.

Looking out of the window in January 2013 as snow falls after 24-hours of snowmaggedon warnings it’s s different story. There’s real time updates on Twitter, Facebook and in some cases rolling blogs too like at Walsall Council and Norfolk Council. That’s great to see.

It was a different case back in 2009 for local government when some leftfield councils – including Derbyshire, Walsall, Kirklees and others – boldly decided to use Twitter to tell people they were going out. I wrote about it here in early 2010.

Things stepped up a gear in 2011 when the excellent Geoff Coleman came up with the idea of getting councils across the West Midlands to tweet grit alerts using the #wmgrit hashtag so people could see the state of things across the region.

Taking a look at the stream in full effect this morning there’s messages of support being tweeted and a tweetreach stat that paints an impressive picture.

Thanks for your nice comments about the gritting team. I will make sure they see them. Don’t envy them. #truegrit #wmgrit #uksnow— Stoke-on-Trent CC (@SoTCityCouncil) January 18, 2013

Stourbridge Town center has been gritted by @dudleymbc with men n shuvel! well done! town centre snow free to walk around #stourbridgesnow— Dave Baker (@The_Grim_Weeder) January 18, 2013Of course, audience stats aren’t the be all and end all as we know but 134,000 people potentially seeing what is happening on the roads is quite powerful.

Seeing a tweet or update land in your inbox or sail by helps. It saves people ringing up an engineer and asking for information and can even in passing can see that local government is doing stuff for them.

That doesn’t mean sweetless and light has broken out. People still complain they didn’t get their street treated. Or have a pop because they didn’t see a gritter go by. But that’s just it. They’re not shouting into the void anymore and the council can hear and respond.

But as much as I love the grit and winter disruption alerts I don’t think this is the last word. This should be a first word. But we should now be looking to see how else these real time alerts could work.

The digital landscape has evolved since 2009. Much has changed. This stuff is no longer revolutionary. It’s mainstream and being taken seriously. The LGA and DCLG have this month signed off the localgov digital group to try and innovate and share best practice. That’s rather good.

So after grit, what’s next?

As dull as unexciting as it may sound, something around bin reminders delivered in the evening by email or Twitter or by another means would be a rather handy piece of communications.