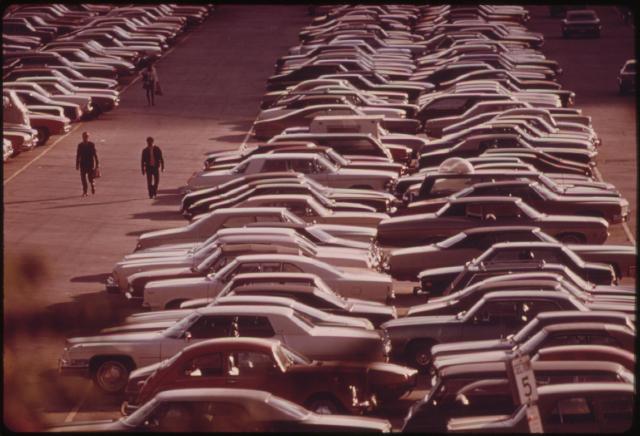 In my early days as a communicator, media relations was the stand-out skill I needed.

I worked for a newsy council that had not long come out of special measures and fell at the intersection between warring newspaper groups. Three daily papers and three weekly papers fought it out with two radio stations and two TV channels. It was a busy time.

But as news has moved from print to digital the key to media coverage has evolved from the ability to create 300-words of press release with a photocall to what content you can supply for Facebook.

Facebook remains the behemoth as we head to towards the third decade of the 21st century.

As I’ve launched a new workshop Vital Facebook Skills with Sarah Lay here are some things for you to know.

10 reasons why every communicator needs to take Facebook seriously

It’s a platform that has the numbers

In the UK, there are 41.8 million people who have used Facebook in the past four weeks. If we take the current UK population as 64.1 million  that means 65 per cent of the population is a regular Facebook user. (source: Ofcom)

It’s a platform that is growing

Facebook users are going up not down. The Cambridge Analytica scandal is something to be aware of and there has been a movement to quit Facebook. But this has had limited impact on the bigger numbers. In the UK, from 2017 to 2018 the number of UK Facebook users rose by 5.2 per cent from 39.7 million. (source: Ofcom here and here.)

Every man woman and child likes nine local groups and pages. That was the result on research I’d carried out. It has become the Parish pump. And the place new parents hang out for advice.

And the Polish community in your town. (source: original research here).

It’s the first port of call for community issues

A Facebook group mobilises support for an issue locally. In the old days it was a pen, paper and a clipboard to collect names. Now? It’s a Facebook group to turn clicktivism to rapid activism.

That’s something you need to be aware of and listening to.

You can reach people you want to reach if you have budget. When you use Facebook you give it a pile of data. That means if you are after a married brass band enthusiast who lives within 20 km of your town hall you can target them and only them. Facebook accounts for 20 per cent of the global ad market, the FT says.

In research I’ve carried out, just three per cent of the population like a public sector page. You can have good content. But you need other ways to go and reach people where they chose to hang out on Facebook.

Ipsos research shows that Facebook reaches 7.8 million people in the UK aged over 55.

Often older people are on the platform to keep in touch with family.  (source: Statista).

It’s a place where the traditional media now is

As newspapers sell less print papers their digital reach has grown. Reach plcs’ Marc Reeves points to the Birmingham Mail’s 20,000 print copies and its online audience being 40 times larger through Birmingham Live’s 350,000 subscribers and its other Facebook footprint.

It’s a place where video is watched without sound

Video is an important driver for traffic on your page or profile. But 85 per cebt of content is watched without sound. Why? Because people are out and about or at work or sharing a sofa with someone watching TV. (Source: digiday.)

Research suggests that Facebook is not going away any time soon. It predicts a rise in Facebook use in the UK to 42.27 million by 2022. (source: Statisa). That means its going to get more important and not less.

I’ve helped train more than 2,000 people from 300 organisations over the past four years. For more on VITAL FACEBOOK SKILLS workshops near you click here. Or give me a shout by email dan@danslee.co.uk.