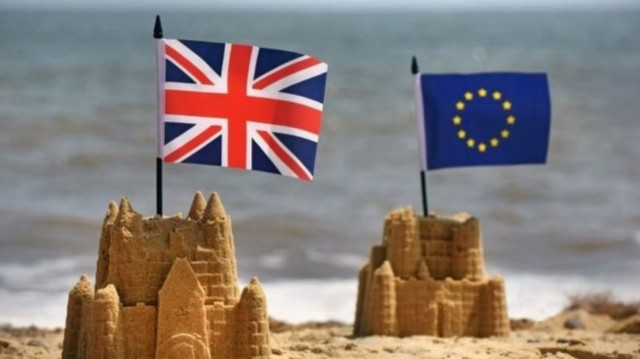 Looking at what’s coming down the track in 2019 for public sector comms people Brexit came shining through.

But what’s to do?

Wait for the worst?

Actually, if you’re in public sector comms there’s stacks you need to do.

While I blogged it briefly in my predictions for 2019 here are some detailed things you can do if you are local or central government, blue light or NHS.

Government, frontline police and others have warned consistently of the risk of civil disorder, shortages of medicine, through to nursing shortages. In areas such as Kent emergency planning to keep Dover as to close to moving as possible have been set out.

You may get opposition from politicians in your organisation who think this is scaremongering. But it is far wiser plan for the eventuality.

I do think that the biggest headaches of 2019 for the UK public sector will be directly or indirectly Brexit related. From the the hard and direct impact of traffic problems and food shortages all the way through to soft impact recruitment drives as some posts are harder to fill.

As a comms person, you are not there to debate the rights or wrongs of Brexit but to look dispassionately at how it can impact on your organisation.

Much of this is emergency comms but a fair chunk isn’t. It’s day-to-day. As sure as rain, the impact of Brexit will find a way you reach you and shape your workload. So here’s a few things to get in place.

I’m astounded 15 years on from the launch of Facebook that people don’t have the right equipment. I’ve met central government comms people with iphones that bar apps and Police who can’t use social media on their tablets in an emergency.

Brexit is a critical opportunity to upgrade your kit so you can actually do your job.

The simple question you must answer is this: ‘Can I communicate in realtime away from the office?’

For this your need android or ios devices that can handle your email, create content and post it to social media on the move.

You absolutely categorically don’t need Windows devices or blackberries that can’t help you do all that.

But the business case. If you need to, get your emergency planners to sign-off against the need for kit in black and white. If and when the balloon goes up you don’t want the finger pointed at you.

Have a look in the constitution to see if there are supporting lines about using the right equipment. You’ll be surprised at what you’ll find. Trust me.

Have a look at your policies. Cut and paste the policy that says you’re a digital organisation that makes data-led decisions. You know the kind of thing.

Then have a look at some of the government warnings.

Know how to shoot video and post it in real-time.

Disclaimer: I’ve been helping to deliver training for the last four years, so I would say this wouldn’t I? But, the thing is video is more trusted than pictures and much, more trusted than text. If you need to get something out, get it out.

Video is more engaging than words by at least a third.

Here’s an example of Periscope from West Midlands Fire Service:

What does it do? It spells out that there is a fire, that the fire crew are on it and what they are doing. It warns and informs in realtime.

Failing this, an image can help you communicate in realtime.

Posting to Twitter has been default since the 2011 riots. You reach people quickly and you reach the journalists and opinion formers.

But my strong advice for 2018 is to look for the relevant Facebook group too. This is from an open Guildford Facebook group hours after the murder of a man in front of his son on a train.

People are where they are on the web not where you want them to be.

4. Build relationships with the right people

Each area has a Local Resilience Forums that helps codify the response on who does what. You can find a list here. The stabbing at Manchester Victoria railway station showed this. In a police-led incident they led the online communications.

I will be doing a statement to the media very shortly in relation to last night’s horrific attack at Manchester Victoria station.

Get to know people in peacetime so you are able to act when the cars are on fire.

All public sector organisations need a document that says how they’ll communicate in an emergency.

If there’s a major incident there may be a public enquiry and you may well be on the stand being asked to go through your emergency comms plan and explain how you did – or didn’t – deliver it.

It’s been an occasional joy to train local government teams in public workshops and then test them.

It doesn’t have to be me. But you need to stress test. You’ll learn a lot. Believe me.

Funny how things rarely kick off between 9am and 5pm. Have cover around the clock. If it can’t be paid set out the risks of failing to have this in black and white for the future.

As a comms team you shouldn’t be working in isolation. You should be plugged into the wider organisation to raise the issues early and understand the areas where there’s risks and dangers.

If the future is uncertain, being able to sell where you are to a national and international audience will have a role strategically post-Brexit. For local government, being able to tell people good place to live and work will be an asset more than ever. The foundations are good emergency comms. You probably don’t want Google searches being all about riots.

But if Brexit does come to pass there needs to be a narrative about why companies would want to be in your community.

This will depend on where you are in the country. Your team may be fortunate to employ some EU citizens and if you do you’ll be aware of the uncertainty that surrounds. There’s a management issue here about reassuring those in post and recruiting able people in future.

Aside from that, a regular demand on your time in 2019 and beyond may be to retain and recruit the right staff in the right places. Nursing is already right across this.

11. It’s going to get harsher so look after staff and politicians

If you are looking after a Facebook page or a Twitter account don a tin hat. It’s going to get fiesty. If things go wrong, the quality of debate will get nasty. Make sure your staff are rotated and given screen breaks. Don’t have one person checking everything 24/7. That’;s duty of care time.

Remind them when to engage and not engage. Look to mute on Twitter rather than block wuld be my advice.

You need to be aware that officers may be getting it in the neck online as well as politicians as well as people who don’t fit the world view of Tommy Robinson.

12. Be aware of misinformation

Well meaning or malevolent the spread of information will impact on what you are doing. This post from political journalist Robert Peston shows the issue. A warning that gathers Brexit commentary and warns people to act.

A senior politician distances themselves but is the information accurate? Or deliberately stirring? The lack of branding makes it look like it isn’t official. But the blue and white gives an echo of NHS communications.

I put to senior government source whether attached is official NHS advice. This was the reply: “No. This is not an official NHS publication. People should trust advice from official NHS sources. We are confident that if everyone does what they need to do, medicine… pic.twitter.com/NqC7umXaKn

It doesn’t matter what your own beliefs on Brexit are. There is a chance you will be asked or ordered to play things up or down around Brexit.

It’s important for you to have ethics as well as a moral compass.

Do the right thing.

Feel free to get in touch. I’m dan@danslee.co.uk and @danslee on Twitter. I write a weekly email you can sign-up to here.