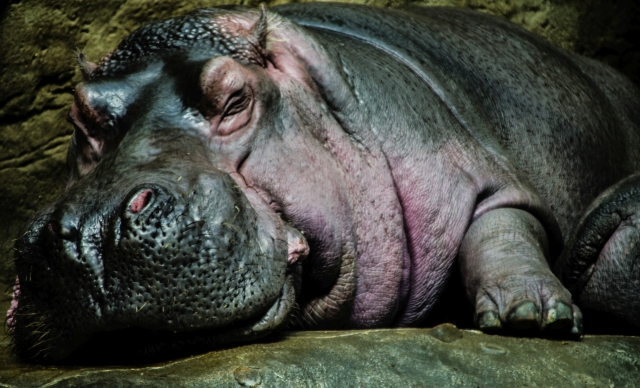 Its been a busy few months. One of the good things about it is travelling to places and hearing new ideas. Often when I’m training I come back with a few pearls of wisdom.

I heard about HIPPOs when I was in Devon.

Not the large irratable African animals that can block and then flatten your car. Oh, no. The HIPPO is the Highest Pail Person’s Opinion. The HIPPO in the room can flatten your idea simply because they are the ones with the large salary and the job title.

There was a smile of recognition in the room at the description. I smiled too.

It’s where the ‘the executive director would like a poster’ line comes from.

The problem with this is they are rarely right.

Convincing HIPPOs they are wrong

Of course, once the HIPPO has spoken you are in trouble.  It’s then you against the senior person and it can be very tricky for you to turn the column of tanks around. But you need to. If you don’t give your professional advice there is little between you and a shorthand typist.

But the problem can be is that it can appear as though it is you folding your arms and saying ‘no’ because you are just being difficult.

The way round it is by adopting a process to find the best idea.

One slide I very often point to is from the Edelman Trust Barometer. This research was started the best part of 20 years ago after the Battle in Seattle when anti-globalisation protesters clashed with police. ‘Why do people hate us?,’ the cry went up and the research helped map trust.

The useful thing about this is that tells you that the person like your self with 53 per cent is more trusted than the director who has 38 per cent. So, if the issue is around children playing on railway lines,  then children and maybe parents are the best people to deliver that message.

Need another example? The acclaimed NHS #thisgirlcan campaign used the word ‘girl’ rather than woman or female because the data said that the word ‘girl’ would cut through to most people. So data won and helped the campaign fly.

It’s not you that’s saying ‘no’. It’s letting the data points to the right answer and that just takes the sting and the personality out of it.

And that can be brilliant for getting past HIPPOs.