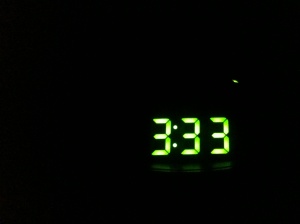 Well, it’s had a great innings but can we now finally bury the idea that using social media ad hoc in an organisation is going to change the world?

But what great days we did have.

We had a mantra of JFDI in local government – just flipping do it – and we did things under the rader without permission.We would chuck up a Facebook page knowing that IT didn’t know what it was so they couldn’t block it.

We could tweet election results without too much interference, snigger behind our hands and we could push the envelope.

But those days are over. We learned lots but no, we didn’t take over the world even though it felt as though we would. Today, many public sector teams have been cut back too far to have space to innovate. Even more worryingly, teams haven’t found a way to tackle the big issues that really matter to make a difference. They haven’t found a way to get the resources to do so either.

Sure, the trojan mouse idea of testing out four or five ideas to see where it’ll take you is one I enthusiastically believe in to help you experiment and see what works. But to really make a difference bright communications people need to take all that experience and find out what is keeping senior people awake at night. Then go hell for leather to tackle that, that and only that. But make sure the senior people know exactly what you are doing by reporting back using every means neccesary. Infographics are particularly good. Make yourself a sandwich board if you have to but just flipping do it.

Here’s a few ideas to help you…

Are you helping senior people sleep at night?

Here’s an exercise I came across during the LGComms Future Leaders programme at a session at Leeds Metropolitan University with Anne Gregory and Paul Willis. It was the best piece of training I had in the eight years I spent in local government and I suggest you do this quick exercise.

My own conclusion to doing this exercise was that I wasn’t really tackling the issues that matter for the people that matter and I’ll bet you a slice of Victoria sponge that you aren’t either.

The goal of the bright communications team should not be vague ‘reputation’ or ‘awareness’. It is to prove in pounds, shillings and pence if needs be the value of the team before it is too late. It’s why I’ve long been convinced that channel shift and customer service are things that comms teams need to be closely involved with.

So how can we help tackle the issues that keep senior people awake?

If I had a pound for every time someone told me the words: ‘What we need is a comms plan,’ I’d have been rich. What they meant was they wanted you to tick a box for them. What they really wanted was to outsource the responsibility to you when we all know to be effective it should be a joint thing.

What you really need is a comms plan agreed jointly with the senior people around a table. This can take many forms but they need to have the following:

Some of what’s in your plan will be traditional comms and some will be digital. You’ll have a mix of both and you’ll be working to make a difference to your organisation for the people who are going to be making big budget decisions in the not too distant future.

If yuo get this right your bosses’ boss will sleep at night.

And you won’t be sleepwalking towards a cliff either

By the way, I’m now available to help you with all of this and would love to do so. I’m dan@comms2point0.co.uk and @danslee on Twitter.