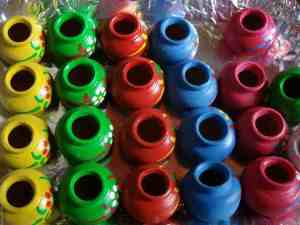 A rather wonderful thing happened the other day. Someone who I’ve never met recommended my blog as part of a pass it forward sort of project.

Seven links sees bloggers talk about things they’ve learned from what they’ve posted and nominate five bloggers to do the same. The result is some learning and picking up some other blogs you may not have come across before.

Andy Simcox, the blogger who nominated me, works in local government. He writes about things here. He writes with honesty about often personal things. It’s good stuff.

So, to pass it forward here are seven things I’ve learned and five bloggers I’d recommend and like to know what makes them tick too. I could have listed about 15 quite easily from the blogroll on the right but ere are five.

Being a news journalist was easy. You asked who, when, where and why and invariably wrote it in the first par. “Two people were taken to hospital when three cars collided on the M6 in West Bromwich today.” Easy. What I found difficult were features that need a different approach. The only feature I wrote in 12 years as a print journalist I could hang my hat on was about my grandfather’s death in the First World War. Not on the glamorous Western Front but of dysentry in Mesopotamia, near Basra in modern day Iraq.

With Remembrance Day approaching I told that tale again as a blog. It’s a desperately sad story that knocked me sideways to write and involved a death in the First World War and the domino consequences that ended with a mother abandoning her children to search bins for food. It’s here.

Showing colleagues Twitter I posted a request to people who followed me for advice. It came back in unexpected numbers and quality. Rather than cast it to the wind I collected it, blogged it and thought no more about it. 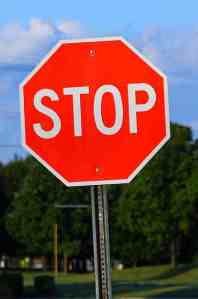 Things started to get a little mad when it wa spicked up by @twitter and reposted. Overnight, 8,000 people clicked through to read it and overall 22,000 have. More than 700 people have retweeted it on Twitter. Mad, really.

The moral? Do and share and there’s unexpected consequences.

Writing about things in  local government isn’t actually that controversial. But Andy Mabbett once got quite animated about what we did with opening-up museums to Walsall Flickr group members. The museum service wanted people to sign a quite draconian permissions sheet based on a neighbouring council’s. The hugely talented Steph Jennings worked to draw-up a compromise that left everyone happy. Andy argued that it should have gone further. It’s not exactly the Rumble in the Jungle but you can read it here.  What did I learn? People don’t have to agree with everything you say and that’s a good thing. It makes you think.

There motivation for this blog was to share what we’d done at Walsall Council. The most important step we’d taken was the route we’d taken to secure a green light. This boiled down to eight steps. It was written with someone from Lancashire in mind who at UK Govcamp made a plea for help. What did I learn? It’s good to share.

The post on helping colleagues understanding Twitter that’s also my most popular. It was a bit surprising was that.

A post I feel didn’t get the attention it deserved

There’s some stinkers that don’t deserve a wider audience. This one about what Turkish football team Galatasaray can teach local government probably deserves a wider re-pimp. 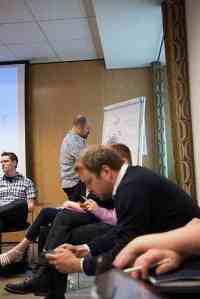 Not for it’s immediate impact. A handful of people read it. But the post wondering aloud a conversation I’d had with Si Whitehouse if we should have a hyperlocalgovcamp led to some good things that I’m hugely proud we did. It’s here.  I suppose that’s the point. It’s not the numbers. It’s what a handful of readers can do with it that counts.

Here are five – from lots – that I rate highly and really do urge you explore:

Chie Elliott is brilliant. There is a tonne of good learning on her blog Blaggetty, Blogetty Bragitee. As a publishing person who packed it in to get NCTJ training as a journalist she has a different perspective on news and the media. She’s always bang on the money, always engaging and always thoughtful. That she is job hunting means she is writing a blog of quiet rage at the system she finds herself. Some people sink when hit with the invisible brick walls of the JobCentre. Not Chie. You can read here unemployment blog here.

I’ve probably learned more from Liz Azyan than any other local government blogger. There is more pearls of wisdom per square inch at her blog LGEO Research than almost anywhere else online. The other week I dropped her an email on behalf of a colleague asking her for 100 words on her thoughts on user testing websites. She didn’t just reply to the email, she wrote a blog on it. That one act sums up the generosity of spirit and willingness to share that endlessly inspires me about the local government community online. 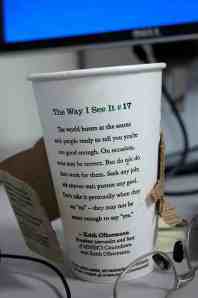 When I was starting to get my head around social media there were a few people I badgered for help. I rang them up in the manner of a cold caller. Alastair Smith patiently listened and explained. He was the first person to tell me about Flickr. His work at Newcastle City Council has been trailblazing and his blog on engaging with an angry community on Facebook set a standard. You can read him here  and now he’s back in local government I’m kinda hoping he’ll pick up the blogging baton again.

Jim Garrow works in emergency management in Philadelphia. That’s emergency planning in the UK.  But wait. It’s not a blog about hi-vis jackets and tabards. It’s big picture stuff. There isn’t a blog like it for stopping me in my tracks and making me think. You can read it here and I urge you to.

Kate Hughes is doing some brilliant stuff quietly in a corner of the Black Country. As a press officer for Wolverhampton Homes she is innovating in an area where you wouldn’t imagine there is the ability to innovate. If it works in Wolvo, it can work anywhere. You can read her blog here.

Over to you I think …