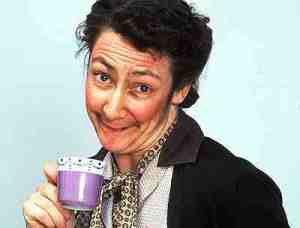 As Mrs Doyle herself said, didn’t the Lord himself pause for a nice cup of tea?

With a cup of tea comes conversation, learning and sharing.

Over the past few months, I’ve been involved with something called Brewcamp.

This is about 20 people meeting up at the end of a working day at a cafe in Birmingham.

How did it come about?

Back in 2010 myself and a team of others – Si Whitehouse, Stuart Harrison, Mike Rawlins and Andy Mabbett – staged the unconference Hyperlocal Govcamp West Midlands.

This was a big shindig. We hired Walsall College with catering, there was 12 sessions and it all cost just over £1,000 to put on.

It dawned on us that the planning meetings were actually a sociable chance to catch-up and bounce ideas.

We looked at the idea of Teacamp in London and quite liked the idea of a meet-up between like minded people with a £0 budget and minimal organisation. All power to the Teacamp people.

A few Warwickshire people Kate Sahota, Sasha Taylor and Kaz Ramsey-Smith have now come along too.

There is now talk of similar events in the North of England and Derbyshire.

How does it work?

There’s three topics of about 30 minutes, a ban on powerpoint and space for questions and debate.

I’m increasingly struck how this happy accident with milk and one sugar has something more to offer than just a post-work chance to eat Victoria Sponge.

A bit like this. Storify is a good way of capturing resources. Andy Mabbett spoke about how wikipedia can be used by local government, a debate about transport open data here and Walsall 24 here.

Why is this a good idea? 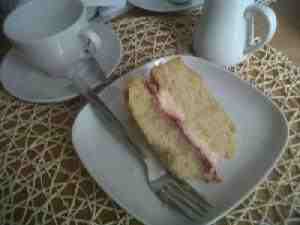 A budget of zero.

A cafe. Or a pub with an owner who doesn’t mind reserving some space.

A flip or a livestream if you like. But it’s not vital.

A few people who have a case study to share or a problem they want help cracking.

A supply of tea.

And if you don’t fancy those rules you can tear them up and make your own.