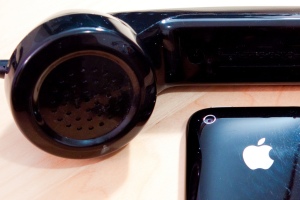 There are four reasons why I’m not in the CIPR which is progress, I suppose, as there used to be five.

Of course, the optimist in me calls this a 20 per cent improvement year-on-year.

But the realist in me still thinks there’s an 80 per cent reason for me not to join. Just yet. Although there’s much I greatly admire.

The CIPR – the Chartered Institute for Public Relations – is an organisation based in London and represents PR people from across the broad sweep of the industry from the newest student to the most experienced agency chief. It costs £260 to join as a member with £50 of that being a joining fee.

They do good things

It’s also an organisation I do have time for. Their excellent CIPR conversation aggregates blogs from people across the industry and pulls them into one place. They’ll also be tweeted. Disclaimer: my blog gets syndicated there from time to time and Andrew Ross does a fine job in pulling all of this together. I learn things there.

I’m also quietly rooting for Stephen Waddington to become president in the current elections. Why? Because he’s from Northumberland. But mainly because he understands digital communications and sees its growing place of importance. Besides, he tweets pictures of lambs on his farm.

It was a Twitter exchange with Stephen and then with CIPR member Stuart Bruce a couple of days ago that prompted me to think just why I wasn’t a member. So, here are the reasons:

Four reasons why I’m not a member

1. I’m local government. I spend a lot of time in the trenches with my sleeves rolled up doing day-to-day comms that doesn’t easily fit into extensive comms plans. There’s definitely the ability to draw-up one page of A4 as a comms plan in 20 minutes that is a skill that draws on local knowledge.

It also means that having a budget to carry out strategy is largely a thing of the past. 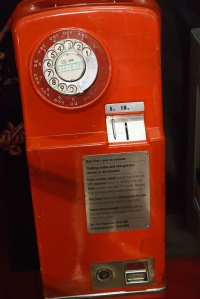 2. I’m West Midlands. There’s no question that if I was in London with the events on offer this would be a different proposition. But a trip to the capital makes even a free event cost £50 and the activities in the middle of the country are scarce.

3. I’m public sector. With budgets cut it means that paying £200 to attend a day of conference isn’t ever going to happen anytime in the next 20 years.

4. There’s too many PR people. Stick with me on this. When we were getting our head around social media in 2008 case studies were rare and the CIPR seemed to be living in the past. A group unhealthily centred on print and talking a 20th century language of channels and key messages. The ideas that formed the bedrock of our use of social came from coders, bloggers, police officers and geeks who were busy inventing new envelopes to push to care too much about comms plans. They inspired us at events like localgovcamp and every day still do. As social tools become easier to access the role of comms is changing. It’s often those at the frontline who are doing amazing work and it’s the role of comms to inspire, train and give the green light.

I’m sure there are some hugely talented PR people who are re-writing the rule book. But there are many more rule books being invented on the web by others outside the traditional comms job description. These are the geeks that are inheriting the world that are taking code, messing about with and building things.

There was of course a fifth which isn’t always the case these days. The CIPR is not just understanding digital but doing some great pioneering work with it too.

No comms organisation can exist in 2013 without both eyes firmly on 2023 and not with it’s heart hankering for 1983.