So, are you up to speed on how you’d handle the internal comms if two of your members of staff killed in a fire in a tower block?

Or maybe you’d have it covered if there’s an explosion in a quiet street?

For the most part public sector communications can be pretty difficult. But with more than 500 deaths a year in fires in the UK there’s something uniquely challenging about handling the comms for a fire and rescue service. Especially at a time of tighter budgets.

You simply have to have social media in your emergency plan. It’s something I’ve written about before.

A few weeks back I was asked to speak at a FirePRO event in Manchester put together by the Greater Manchester Fire & Rescue. It was a rather useful event that gave an insight into the challenges. You can read the Storify the excellent Sam Thomas here. http://storify.com/samontheweb/fire-service-communicators.

Multi-agency use of digital media in a crisis

The approach in Walsall amongst police, council and other areas is simple. In a crisis, if it’s a police thing others with retweet. If it’s a council thing, others will share it.

The example of the Pheasey floods where 150 homes were flooded is an example of this. The presentation takes you through some of the tweets from that day.

Here’s 12 things that struck me.

1. There’s some cracking examples of social media case studies.  It’s at the sharp end and an ability to use different channels is essential.

2. In an emergency the first pictures will come from a resident. The Shaw gas explosion wiped out one house and damaged others. The first image didn’t come the day after in the evening paper. It came within minutes from a resident posting to Twitter.

3. Having a presence on Twitter helps get the message out in real time. Tweet within minutes and you’ll create an authoritative voice that people can home in on.

4. In an emergency think like a journalist. Greater Manchester Fire & Rescue sourced stories and content in the days after the explosion. The evacuated pets return. Families return.

5. In an emergency the traditional sign-off is dead. Greater Manchester Fire & Rescue kept partners up to speed but such was the speed that they needed to respond far quicker than waiting for sign-off from everyone concerned. The leisurely approach to news is over. Minutes count.

6. In a fatality put the organisation first and not the news media. When two firefighters died at a fire in Southampton Hampshire Fire & Rescue made a conscious decision to think about what they released. They decided to consider the needs of the dead employee’s work mates first. Then the needs of the organisation. Then the Press. That’s an important decision to make.

7. In a fatality put internal comms first. I’m massively impressed at the way Hampshire Fire & Rescure kept staff informed with things like daily updates from the inquest. That involved two comms officers rotating their coverage in the court.

8. There’s a need to have hard news skills in fire comms teams. Death sells. Death makes the media interested. To have the knowledge of how the media works and will react is an essential skill in this life threatening area of comms.

9. There’s a need to have digital skills in fire comms teams. With the changing news cycle social media is massively important.

10. Google hangouts are rather good. The line to Hampshire worked rather well.

11. Communications should be a job for specialists. It wasn’t an issue mentioned here but there’s a pressure in other parts of the country to create desk jobs for firefighters. Like PR. Or to make the cuts away from fire stations. Like in PR. But this is a fundamental mistake born from not knowing the value of proper communications. That’s actually an internal comms challenge for the whole of public sector communications.

12. It’s not just hard news. Much of the day-to-day centres around asking people to take greater care and not set fire to things. Digital communications can only be vital for this.

Hats off to speakers Bridget Aherne from Greater Manchester, Rachel Stanley and Dave Thackeray from Hampshire, Stuart Jackson and Paul Williams of Ice Creates and to Shelley Wright and Sam Thomas and her team for putting on an excellent event. There’s a seperate blog post about the Ice Creates work alone. 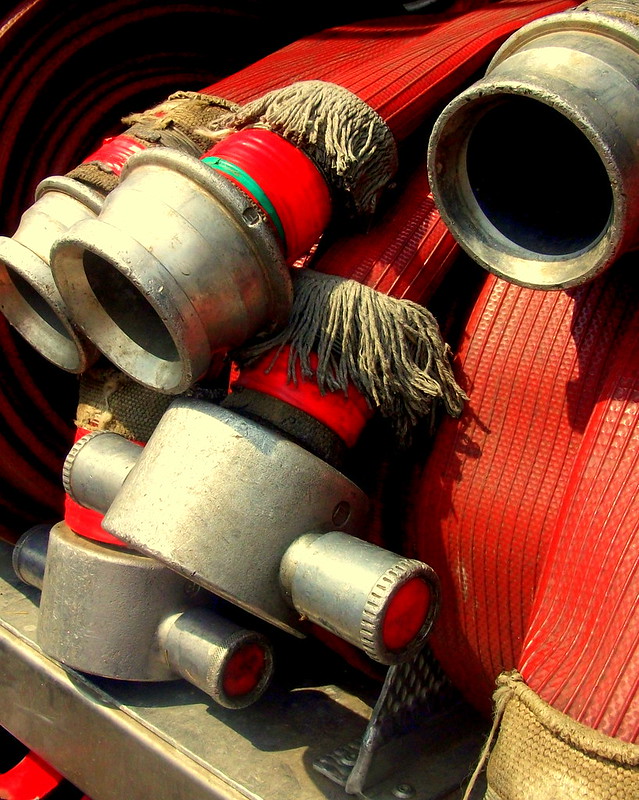